There are as many approaches to writing a novel as there are authors.

Some people are meticulous outliners, marking out every scene and character arc before writing word one. They know how many chapters a book will have, what happens in each, and will not deviate from their plan. I could never, ever write this way. Too constraining. If I want to step off the trail and wander a ways to see where an unintended plot point or character will take me, I will do it.

Others take an entirely organic approach, writing without purpose. They start on page one and write straight through to the end. Now, this can be a good writing exercise or for short fiction, but it’s a bad idea to think you can write a book this way. It would be like getting in your car without having a destination in mind. Sure, you might end up somewhere great in the end, but only after driving around aimlessly for a while. More than likely, you’ll stop and start a few times, retrace your steps, and—if you aren’t careful—perhaps even run out of gas.

Most authors fall somewhere between these two extremes. I certainly do.

Before I start a full-length work, I have in mind the beginning, the end, and a number of key points in between. I outline chapters as I go, keeping a buffer of four or five ahead of where I’m writing while always aiming for whatever the next key point is. This gives me structure and purpose yet allows me to vary if the story calls for it. Some variances might be small, while others are massive. For example, in Progeny, Nundle Babblebrook, who is many readers’ favorite character, was an accident. I had never planned for his role to be as large as it was, but halfway through his intro chapter, I realized how much I enjoyed writing him. So, I made a very, very large course correction.

I’m in the midst of writing book three now (past the 80% mark) and have been making quite a few course corrections as I go, more than I did in either Progeny or Prophecy. While the ending of book three has remained constant since…well, since before I even finished Prophecy, the path getting there has shifted a few times. While I have 57+ chapters written and have had the last 14 chapters outlined for a while now, recently I’ve spent a lot of time rewriting/editing large swaths of the book’s earlier sections. A lot of authors will warn you away from doing this, but if I get a new idea of how things should work that is better than the old, I go back and fix the foundation to support the change before tacking more on.

Turns out, writing a multi-book series is harder than writing a standalone novel. There simply are more threads to interweave from book to book.

I find it a bit ironic that I’ve come to this conclusion as I’ll be doing a panel at Origins this year with Patrick Rothfuss and Bradley P. Beaulieu germane to this topic: How to Write a Trilogy. Perhaps I’ll learn as much from them as the audience will.
Posted by Unknown at 11:39 AM 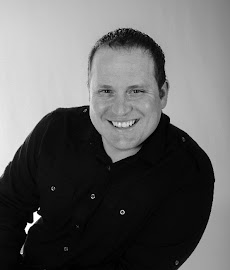 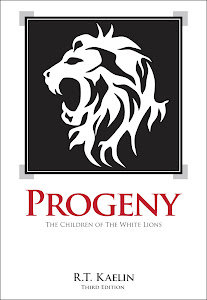 Volume I in the Children of the White Lions 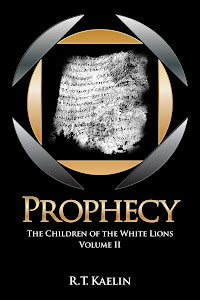 Volume II in the Children of the White Lions

"I would favorably compare his writing with Brandon Sanderson, Scott Lynch, Robert Jordan and even a bit of David Eddings flavor mixed in."
~ LuxuryReading.com

“R.T. teaches a master class in world-building. Rich in characters and details, he pulls you through a breathtaking tale that surpasses good versus evil.”
~ Jean Rabe, USA Today bestselling author

“R.T. Kaelin is one of those few new authors who understand both the importance of immersing the reader in the story and how to accomplish it. From the first word, he grabs you and holds you captive throughout. I enjoyed reading Progeny and look forward to more books from R.T. Kaelin.”
~ Maxwell Alexander Drake, Author of Genesis of Oblivion Saga

"Robert Jordan. George R. R. Martin. Stephen Donaldson. Brandon Sanderson. These are the masters of fantasy and readers of Progeny will be able to discover a new voice that is destined to match those authors."
~ Booksie Blog

"For me, Progeny is in league with both The Chronicles of Narnia and Lord of the Rings and far better than Harry Potter - Progeny has a wealth of depth to it that I haven't seen in many books."
~ Clover Hill Book Reviews 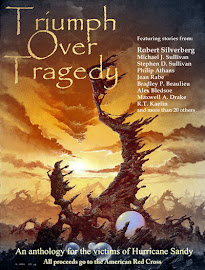